Methuen House, led by Anthony Reid and the house of the DK Engineering boys, regained the Members' Meeting House Shield, beating Darnley House by almost 3000 points, after a 76th meeting of superb sporting achievement, both on and off the circuit. Anthony Reid immediately dedicated his house's victory to Henry Hope-Frost. He echoed the thoughts of all in the hall by saying how important Henry had been to the Members' Meeting since its resurgence five years ago. 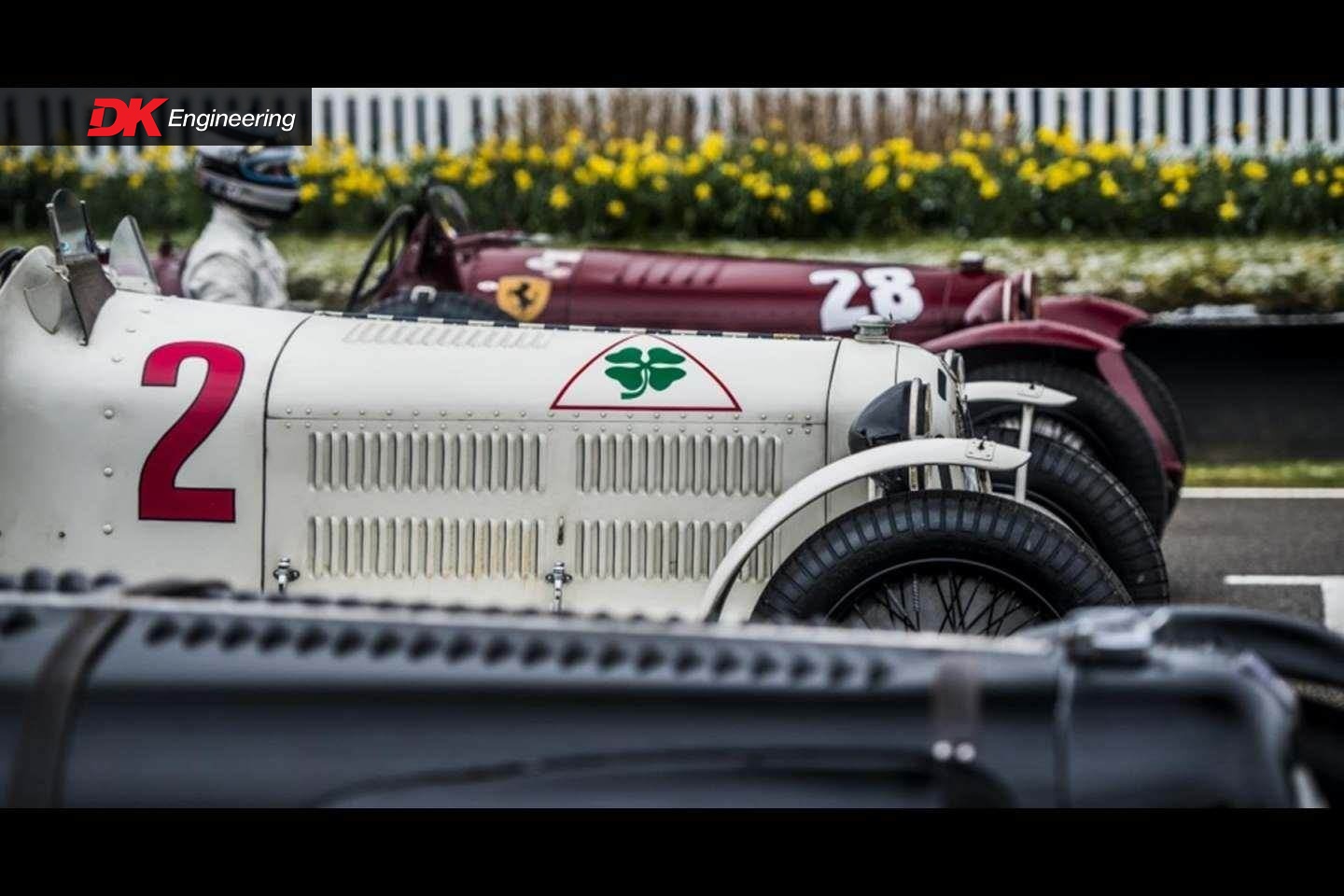 The Duke of Richmond awarded the prizes and addressed the assembled throng in the Great Hall, following the last race on Sunday evening. He said the fact that the snow-hit 76th meeting had gone ahead so smoothly was "a fitting demonstration of the spirit of Goodwood. "We had ordered the snow ploughs but we didn't need them, though we came close." It is thought this is the first time a Members' Meeting has endured such wintry weather. His Grace also had special words for the moment during the weekend that touched everyone: the minute of "fever" in tribute to Henry Hope-Frost, the "voice of Goodwood" who died in a road accident earlier in March. "The moment for Henry was something I will always treasure and remember," the Duke said.

For DK Engineering it was an unusually quiet event with only two cars in the new Ronnie Hoare Trophy. James Cottingham stormed to victory in the Ronnie Hoare Trophy which kicked off the 76th Members' Meeting race card. The historics ace belied his lack of experience of Phil Hylander's DK prepared mid-engined Porsche 904 to conquer a quality field, but only after making up for a tentative start in damp conditions.

The pole-sitter was beaten to Madgwick for the first time by fellow front-row starters, Ferrari 275GTB/C man Vincent Gaye and James Bellinger aboard Keith Ahler's shapely SLR-Morgan. However, Cottingham was in front as the lead trio descended on St. Mary's for the second time and had a one-second advantage next time around. By quarter-distance of the 20-minute encounter, the top three had a nine-second advantage over the warring Porsche 911s of Mark Bates and Ambrogia Perfetti in fourth and fifth.

Cottingham worked the traffic more efficiently than his pursuers, Gaye and Bellinger being never more than a few inches apart. On the penultimate lap, Gaye closed appreciably on Cottingham, only to spin off at St. Mary's. He rejoined the fray and dropped only one place. He clung on for third, behind Cottingham and Bellinger, having had a storming drive in the pale blue Ferrari.

The elated winner said later: "I knew my start was going to be tricky. Vincent was trying so hard and driving so well. I thought he was going to get me. I would like to dedicate this win to Henry Hope-Frost and his memory. He helped make the Goodwood events so special and my thoughts are with his family." David Cottingham commented after the event, "I was thrilled that our team was able to quickly and efficiently convert the 904 into a reliable and race winning car. A true reflection of the consistent quality of their work".

In the same race the DK Engineering MGB was given a brief hiatus from retirement in the hands of DK's Acquisition Consultant Harvey Stanley who drove the historic car to make his debut on the Goodwood circuit. Qualifying a strong 12th in tricky early morning qualifying sadly an unfortunate start forced the car back to 16th place during the first lap, however pushing on the he managed to repass a gaggle of Porsche 911s and 904s to finish 10th Overall and become the 2nd MGB to finish the race.

The fastest lap of the 76MM meeting went to Olivier Hart who steered his 1965 Shelby American Cobra Daytona coupe around the circuit in 1min 25sec; a car previously built under the management of DK, it was also sold by DK to the current owners.

The just giving page for the family of Henry Hope Frost is very close to reaching the target required to help support the bereaved family of the voice of Goodwood. The link to this page can be found here.